Stephen Meyer and others 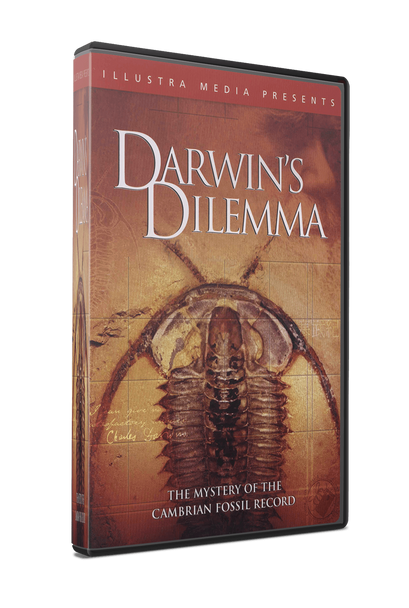 Stephen Meyer and others

Outstanding documentary shot on location in southern China, the Canadian Rockies, and Great Britain! Illustra Media’s powerful new documentary Darwin’s Dilemma explores one of the great mysteries in the history of life: The geologically-sudden appearance of dozens of major complex animal types in the fossil record without any trace of the gradual transitional steps Charles Darwin had envisioned 150 years ago.

Darwin’s Dilemma recreates the prehistoric world of the Cambrian era with state-of-the-art computer animation, and the film features interviews with numerous scientists, including leading evolutionary paleontologists Simon Conway Morris of Cambridge University and James Valentine of the University of California at Berkeley, marine biologist Paul Chien of the University of San Francisco, and evolutionary biologist Richard Sternberg, a Research Collaborator at the National Museum of Natural History. The new film forms the conclusion of a trilogy of science documentaries by Illustra Media that includes the previous acclaimed films Unlocking the Mystery of Life and The Privileged Planet.

MSRP:
Now: $12.95
Was:
Frank talks to ID pioneer Bill Dembski Is Darwinism true or is there evidence for an Intelligent Designer? ID Pioneer Dr. Bill Dembski joins Frank in the studio for an engaging conversation about the...

Macro Evolution? I Don't Have Enough Faith to be a Darwinist (DVD Set)

MSRP:
Now: $19.95
Was:
Clear thinking about evolution! Do you believe in evolution? It depends on what you mean by evolution! Frank clears up this complicated topic by showing how the evidence for microevolution is good,...

Signature in the Cell - The Core Argument by Stephen C. Meyer (DVD)

MSRP:
Now: $12.95
Was:
From the Author of "Signature in the Cell" In less than an hour Dr. Meyer presents the core argument of his award-wiining new book on the origin of life. The origin of biological information is...

MSRP: $33.00
Now: $21.99
Was:
Introducing our first apologetics curriculum! By: Frank Turek and Chuck Winter   A companion curriculum to be used with Norman Geisler and Frank Turek’s best-selling book I Don’t...