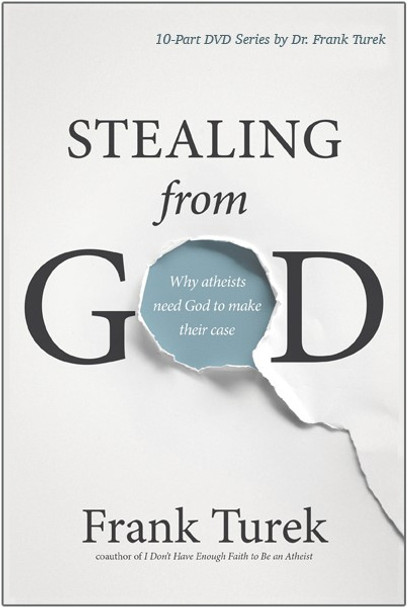 What if your best reasons to doubt God show that He actually exists?

That’s exactly what Dr. Frank Turek, who co-authored the best selling I Don't Have Enough Faith to be an Atheist, unpacks in this DVD series named after his book Stealing from God:  Why atheists need God to make their case.

Frank uses an acronym to make this teaching memorable.  Stealing from God is organized around CRIMES, which highlights the intellectual CRIMES atheists are making when denying God.  “CRIMES” stands for Causality, Reason, Information, Morality, Evil and Science.  Those are aspects of reality that atheists often say disprove God, when, in fact, none of them would exist unless God did.

Watch Frank make and illustrate his case in these ten episodes recorded before a live TV audience.  Who is God?  Do atheists merely lack a belief in God?

Get the FREE Devotional for the Bible App.  Click below! 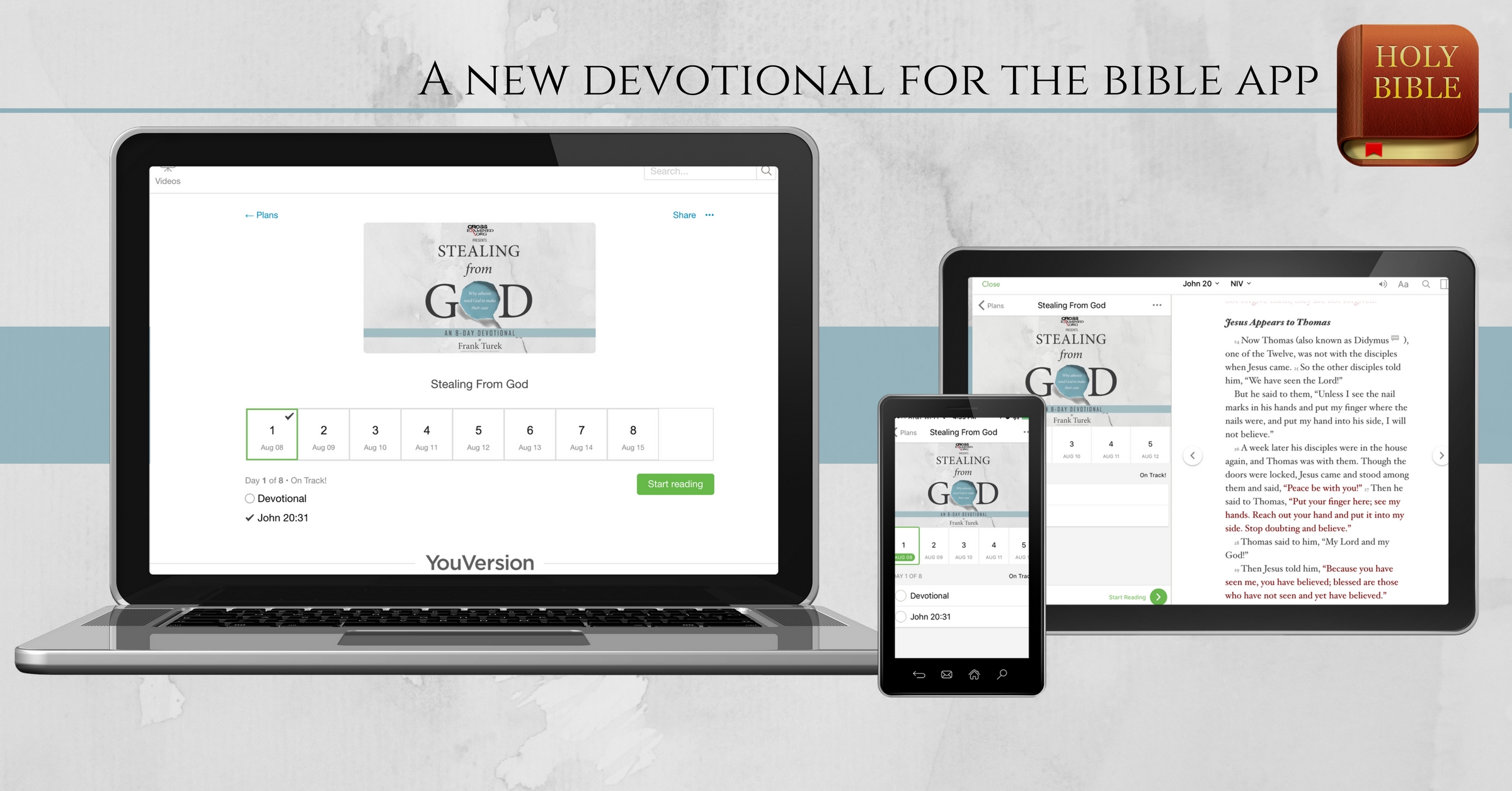 MSRP: $15.99
Now: $10.99
Was:
If you think atheists have reason, evidence, and science on their side, think again! Award-winning author Dr. Frank Turek (I Don’t Have Enough Faith to be an Atheist) will show you how atheists steal...

MSRP:
Now: $9.95
Was:
Many atheists think that there is no need for God because we have science.  But Frank turns the tables to show why science actually needs God.   Taking a page from his new...

MSRP:
Now: $15.95
Was:
If God exists, why doesn't he stop evil? Can good ever come from evil? Find out why evil actually is an argument for God, and get answers to these questions: 1. Does evil disprove God? 2...

MSRP:
Now: $9.95
Was:
Is God Silent? Dr. Gary Habermas delves into the "silence of God" question with some very practical insights and suggestions. Gary has lived the answers to this question personally-- he lost his...